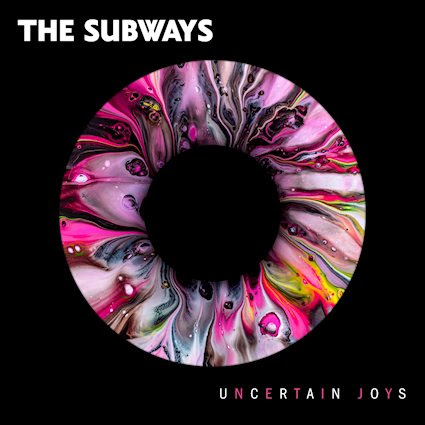 Overall Score: 8/10 Songwriting: 8/10 Musicianship: 7/10 Lyrics: 8/10 Pros: The Subways have grown as a band without alienating the fans and produced a great quality album essentially from their homes Cons: The synth is maybe overused across the 12 tracks and Charlotte's vocals don't seem quite as utilised as previous recordings

For the last 15 years The Subways have been synonymous with Indie Punk bouncy gigs and now having finally been allowed to go out on their 10th Anniversary tour for Young For Eternity, they have come back with a new drummer and a new album – Uncertain Joys.

Partly recorded during singer/guitarist Billy Lunn’s period studying English Literature and finished off during the Covid pandemic at home the album shows a band with a distinctive sound growing up.

Opener You Kill My Cool, has the band stamp all over it, while Love Waiting On You has the band introducing synths for the first time in their career and originally started as a song for pop icon Kylie Minogue, but Lunn decided he liked the song too much to let go of it.

The title track itself, really introduces the synths and sees the band really trying something new – and pulling it off – and is described as being about letting go of love for someone to make room for healthier behaviours.

Not so much a concept album as an album in two parts, the first half of the album explores themes of love, while the second is explained by Lunn as being more about how people related to the outside world, with tracks like Fight being about oppression and Influencer Killed the Rock Star looks at how the internet has shaped how people take information and use it for dubious means.

Black Wax is another “classic Subways tune” if there is such a thing and will almost certainly be a live favourite while Lavender Amelie shows the control Lunn has learnt over his voice, all acoustic guitar with a synth hook and The Devil And Me is The Subways take on a western story telling, with some great harmonies by bassist Charlotte Cooper and it would be remiss to not mention the stirling work by Camille Phillips on the drums across the whole album.

Album closer Futures is another example of Lunn flexing his songwriting muscles, coming from a place of personal factors he has been dealing and coming to terms with, but despite the serious undertones that gave birth to the tune, it is surely also set to become a staple in the live set. 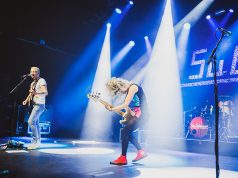 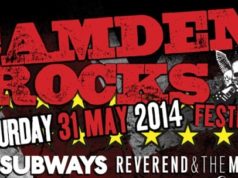