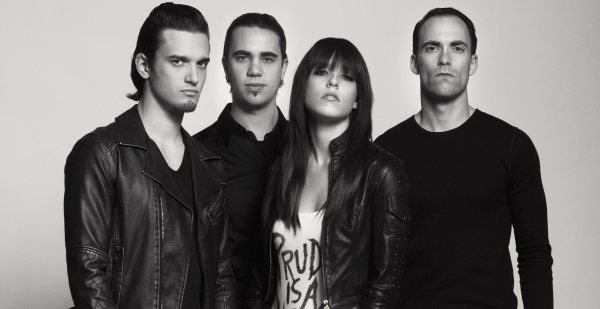 A few weeks back we announced that one of the rising stars of US hard rock Halestorm were heading over to the UK in September for a tour (the original announcement is here). Well we’ve now got a bit of an update on that announcement as Halestorm have announced the support bands for the tour. Joining Lzzy and the rest of Halestorm on the trek across the UK will be Heaven’s Basement and Zico Chain.

As previously reported, the tour will play eight shows across the UK and the dates are listed below:

Both Halestorm and Heaven’s Basement can be seen in the UK next week as part of the Download Festival’s tenth anniversary edition. Heaven’s Basement are doing double duty, performing acoustically on the Jagermeister stage on the Saturday and doing a full band set on the Sunday in the Pepsi Max Tent, while Halestorm can be found rocking out the Zippo Encore (Second) stage early on Saturday.

If there are any further updates on the Halestorm tour we will bring them to you here at Rocksins along with the latest tour news updates for assorted rock & metal artists as new tours are being announced and updated all the time.