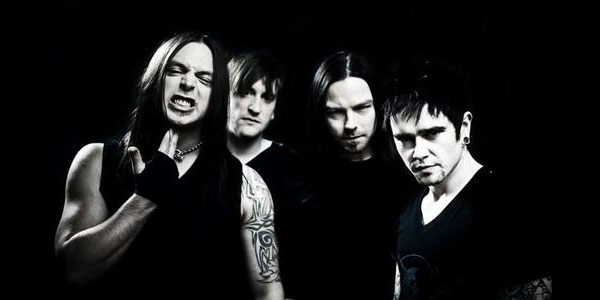 Fresh from their most recent appearance at the eleventh annual Download Festival where they appeared in direct support to Friday night headliners, the mighty Slipknot, Welsh metal four piece Bullet For My Valentine have announced their biggest UK arena tour to date.

The tour, which is one of the biggest UK metal tour announcements of the year so far, which will take place in early December 2013, will see BFMV playing five arena shows across England, Scotland and Wales with the culmination of the tour being a huge homecoming show at the Cardiff Motorpoint Arena. Manchester, Glasgow, London and Birmingham are the other locations for shows on the tour.

As can be seen by the title of this announcement, Bullet For My Valentine have lined up some impressive bands to join them on the tour. Hitting UK arena shows for the first time will be fellow British metal band Asking Alexandria, who at the start of 2013 completed a sold out theatre tour and who have a brand new album “From Death To Destiny” coming out this August. The Asking Alexandria lads had the following to say about their forthcoming tour with BFMV:

“It’s been a dream of ours to tour arenas around the UK for a long time and the fact that it’s happening with a bunch of cool guys that like to drink as much as we do is fucking brilliant. Rock on, drink on, game on!”

In another impressive coup, UK rockers Young Guns will be appearing as the opening act on the tour. With their hit song Bones featuring as the theme song for WWE Wrestlemania in 2013, Young Guns have never had a higher profile. They’ve also recently spent time touring the US with Bullet For My Valentine, so the two bands are no strangers to each other. The feedback from the Young Guns camp was equally as positive as from Asking Alexandria when asked for a reaction:

“We’re honoured to have been asked to support Bullet For My Valentine on their upcoming UK arena run. Having just spent 2 months with them in the USA we know firsthand how great they are live and we’re excited to see them bring it on stages as big as these are. As for us, these are going to be some of the largest shows we’ve ever played and we can’t wait to get out there! We’ll be fresh out of the studio and desperate to get back out there again, so see you all in December!”

Tickets for the shows are priced at £25 plus fees and will be available from Ticketmaster, Live Nation and all the usual outlets. Pre-sale tickets may also be available through Live Nation, O2 Customers or for members of Wembley Arena’s mailing list for the London show. Any further news about BFMV, AA or Young Guns, particularly in regards to this enormous tour will be available here at Rocksins as and when it develops. 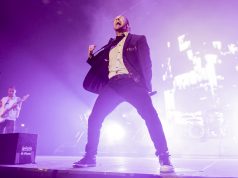 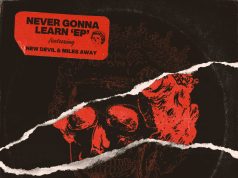