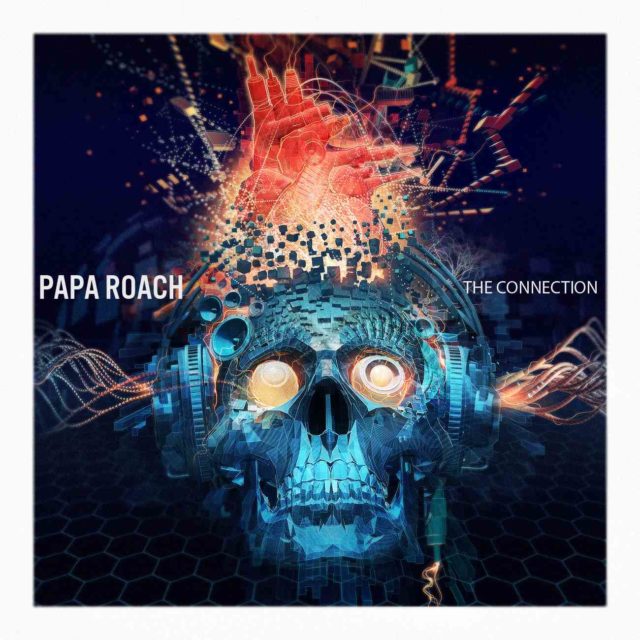 Overall Score: 7.5/10 Singles: 10/10 The rest of the album: 7/10 Adaptation of sound: 8/10 Pros: Electronics freshen up the traditional Papa Roach sound | Got some absolutely monstrous songs Cons: The first few songs overshadow the rest of the album | Some questionable dubstep bits are introduced

This new (not nu) electronic aspect of Papa Roach’s sound is largely hit and miss. Where the glitter bomb electronics hurl the chorus of ‘Silence Is the Enemy’ into the stratosphere other songs on the album also contain some ill-conceived dubstep moments that don’t particularly add to the song. They’re not prominent aspects of the songs when they’re included but it still feels like a cynical attempt to “keep with the kids.” When used correctly, the electronics employed on ‘The Connection’ add a fun, poppy bounce when they’re used.

With or without the electronics however, ‘The Connection’ still has several absolutely massive songs, ‘Silence Is the Enemy’ may benefit greatly from the euro-pop electronics in its chorus but, at its heart it’s a great rock song propelled forwards all the time by singer Jacoby Shaddix’s relentless enthusiasm. ‘Where Did The Angels Go?’ blasts off with a riffy punch that wouldn’t have sounded out-of-place on a Lamb Of God or Devildriver song whilst ‘Still Swinging’ explodes out of the starting gates like a hyperactive race horse.

The main issue, with ‘The Connection’ is one that has occurred time and time again across Papa Roach’s career. The album loses your interest in songs other than the ‘single’ tracks like ‘Still Swinging’ or ‘Silence Is the Enemy.’ This problem is farther exacerbated on ‘The Connection’ by all of the albums best songs being right at the beginning so, although the album might kick off with an almighty bang you’ll have lost interest long before the last song – ‘As Far As I Remember.’