As 2010 draws itself to a close I have cast my minds eye back over what has been a fantastic year for music. We were posed a series of questions, Best Album, Best Gig, Best Festival, you get the idea, and off I went to answer these, or rather evading them, with my multiple choice solutions.

Oh man, so many good albums and sitting here writing about only one of them just sent my brain into meltdown, I couldn’t decide, it was deadlock. Would it be Alter Bridge? They certainly produced a surprise album, the anticipation was high but it seemed to exceed the expectations of everyone who I spoke to about it. It sounds expensive, like the band went shopping for riffs and melodies in a shop that most other bands could not afford. And when they had filled their trolleys full of these bespoke gold encrusted chunks they were polished and buffed to their optimum. It truly is a masterclass of modern American stadium rock. Every track has me imagining myself on a mountains edge, the wind blowing through my mane (also imaginary) as a camera sweeps by. Or would it be Foxy Shazam’s self titled opus. In complete contrast to the muscular monster truck of Alter Bridge, Foxy Shazam is more of a Herbie Goes Bananas. Hands down, this album has had the most plays of anything I’ve listened to this year. It’s glorious stuff, fabulously camp and undeniably enjoyable if you embrace it. But no, it wasn’t this either. The album that I would rate above all others would be Anathema – We’re Here Because We’re Here. Why? Because it is 58 minutes of your life that you won’t regret. I firmly believe that in 5, 10, whatever years I will still be loving this album as much as I do right now. It provided the soundtrack to my life for a huge swathe of 2010 and as such will always hold a certain sentimentality for me. It’s a beautiful, stirring album; Simply stunning. 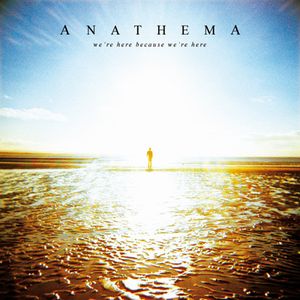 Not so much an album as an EP. Either way, it’s unforgivable. You see, I quite like Forever Never and I really like cover versions so why would I not like an EP of them playing cover versions? Answer, because it’s shite. I admit, I was excited about hearing this but that was feeling was soon erased within in the first few minutes of putting this in my poor old ear canal. I didn’t know what to hit first, the stop button or them for putting me through this. It’s like a musical enema and now that they have got the shit out of their system, hopefully Forever Never will move onto producing something worthwhile. 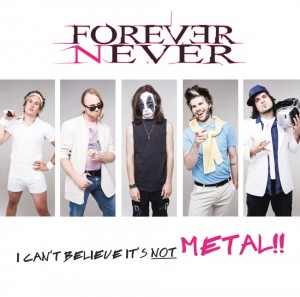 Tracks to avoid.
All of them

Only one contender for this one. The mighty Converge. They decimated everything in their path when I saw them on the Axe To Fall tour earlier this year. The tour also introduced me to Kvelertak and for that would have been worth the ticket fee alone. We digress. Converge simply strode on stage, asked the audience if we were ready and set about sonically assaulting us for the next hour or so. The intensity, the passion is unequalled. The spectacle leaves you standing there slightly shell shocked, I liken it to the comedy shovel slammed in your face, that’s how it feels. It was so good I had one of those smiles that you can barely fit on your face. Breathtaking, simply breathtaking.

Being old, I just don’t do festivals these days. The thought of standing in a field for a day fills me with dread. To be fair the thought of standing up for more than a few hours has the same effect too. But if I had to do a festival it would have been Sonisphere. No, Download. No, High Voltage, No, what am I saying it would have been Damnation. Or Hammerfest, yes Hammerfest as there is nothing more metal in this world than standing on stage yelling, ‘Scream for me, Pontins!”

Not had a bad gig this year. I was less than impressed with Arch Enemy cancelling their tour in April but this was quickly forgotten with a rescheduled tour and the inclusion of Grand Magus on it.

Once again, sidestepping the question, I would go with a few notable bands who have made an impression in 2010. Kvelertak produced a fantastic album and will undoubtedly be a band to watch out for in 2011. Chickenhawk too produced one of my favourite albums of the year in ‘Modern Bodies’, a genuinely exciting release where you really don’t know what to expect from the next track. It has that future of metal feel to it.

But out all the new bands I’ve heard this year I would give my thumbs up to Furyon. Currently unsigned, they peddle the type of rock that is designed to fill stadiums around the world. How on earth a record deal eludes these guys is beyond me. Do yourself a favour and buy a copy of Gravitas, you will not be disappointed. 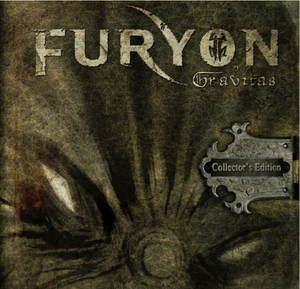