Things just got a whole lot more interesting for Download next year (not that it wasn’t looking good already). Andy Copping and the powers that be at Castle Donington have unleashed another dozen bands for our collective enjoyment for the Download Festival 2014!

First up are former Download headliners and US pop punk band The Offspring. Having headlined the event in 2008 on their only previous visit to Donington Park, their guitarist Noodles is very much looking forward to hitting Donington’s hallowed turf for the second time:

It’s been six years since we first played Download and we can’t wait to return and rip it up. Stoked!

Also on board for next year are Download vets Trivium. Making their fifth appearance at Download, Trivium have something very special in store for their fifth trip to the festival where they first made their name. To explain further, over to Trivium’s bassist Paolo Gregoletto:

We are thrilled to be returning to Download for our 5th time. In honour of both the festival and fans that embraced Trivium first, we have decided to play our 2005 set list from start to finish, preceded by a set of some our other festival favourite tunes. However, to make it all the more unique, we will be playing this “one time only” set on the Red Bull Stage, the most intimate and intense setting possible for revisiting this special moment in time. We have had some of our best experiences as a band on the hallowed grounds of Donington, and this is shaping up to be one of our most exciting ones yet! Do not miss it!

Making their Download Festival debut and returning to Donington thirty two years after headlining Monsters of Rock at the same venue, UK rock legends Status Quo will take to the Download stage for the first time for a greatest hits set spanning their five decades as a group. The Quo’s legendary frontman Francis Rossi had this to say:

When Status Quo once again take to the Donington stage, it will have been 32 years since we headlined the Monsters of Rock Festival on August 21st 1982. That year saw the Falklands War, the launch of the Commodore 64, Aston Villa winning the European Cup and the raising of the Mary Rose. You might say a lot has changed since then but we are still rocking, and still playing the Quo hits. See you there.

For one of the guaranteed most entertaining sets of the weekend, LA glam metal maestros Steel Panther are once again back at Donington. By then they’ll be armed with their new album All You Can Eat to amuse and offend in equal measures along with classic tracks like Death To All But Metal and Just Like Tiger Woods. Steel Panther drummer Stix Zadina (along with the rest of The Panther) is a huge fan of Download, and has quite a lot to say about their return to Donington:

Fish and chips. Tea and biscuits. Monty and Pythons. Steel Panther and Download Festival. These are four examples of how nature has been able to strike the perfect balance of harmony and elegance between two glorious and powerful things. We are so excited to come back and play Download Festival 2014. This was the place where we were truly introduced to the UK and it always feels like a homecoming to us. We in Steel Panther, are going to attempt to rock you so hard, that it will take you approximately one whole year to recover, only to muster enough energy to come back to DL2015 the following year to try to handle the power again! Roll on June!

Currently hard at work on a brand new album, Swedish metal legends In Flames will be back at Donington for the first time in six years when they appear at Download 2014. Similarly returning after a six year absence are US death metal act The Black Dahlia Murder, armed with their 2013 classic album Into The Everblack. Three other bands who’ve all had superb years who’ve been confirmed to appear at Donington next year are UK metal mob While She Sleeps, Japanese dance metal crossover act Crossfaith and post hardcore superstars letlive..

Last but not least we have US metalcore collective Miss May I who will be making their Donington bow along with fellow first timers Blessthefall. Those who follow Download or Andy Copping on Twitter know that after the fun of #WhyNotDyingFetus that the band were already confirmed to play the festival, but today’s announcement marks the official confirmation of Dying Fetus playing Download 2014!

The bands announced above join Avenged Sevenfold, Rob Zombie, Linkin Park, Fall Out Boy, Aerosmith and Alter Bridge in performing at Download 2014. Tickets are on sale now from https://www.downloadfestival.co.uk/tickets. Further updates will of course follow when we receive them. 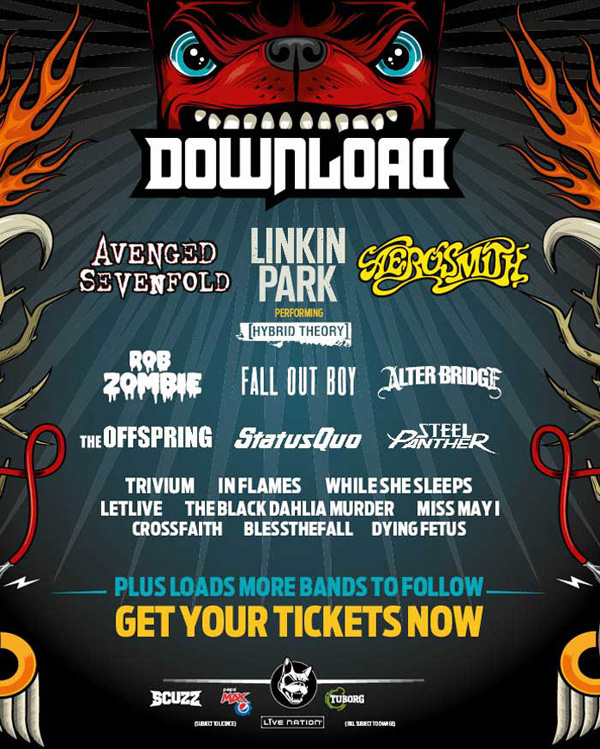 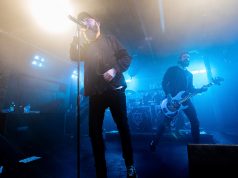