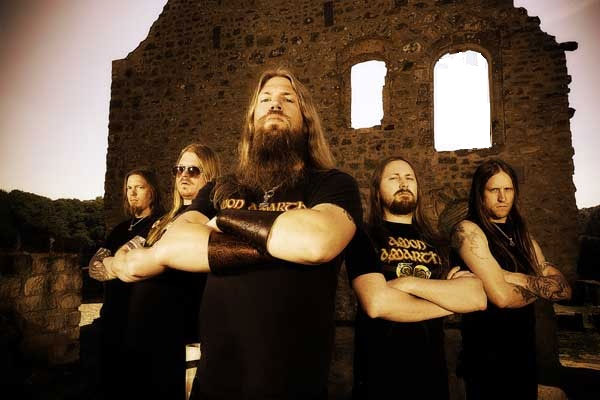 In what is one of the most balls to the wall metal tour announcements that has reached Rocksins in ages, we have received the fantastic news that viking metal warriors Amon Amarth are to headline the fourth installment of Metal Hammer’s Defenders Of The Faith set of UK tours. Amon Amarth, who’s brand new album Deceiver Of The Gods was released yesterday (24th June 2013) through their long time label Metal Blade Records, will be topping the bill on a varied night of metal. If their Download 2013 set was anything to go by, they might well bring the viking boat and full production with them too!

Who else is on the tour we hear you ask? The special guest slot will be filled by none other than UK extreme metal legends Carcass, who have recently written their first new album in seventeen years. Entitled “Surgical Steel”, it will be launched via Nuclear Blast Records this September and Defenders Of The Faith IV will be the perfect platform for Carcass to unleash Surgical Steel, plus some classics, upon the metal masses.

Opening up Defenders IV are two bands who quite frankly couldn’t be more different. Scottish deathcore upstarts Bleed From Within will be taking to the road alongside the more traditional classic metal stylings of Hell, who will also have a new album out in time for the tour.

The tour will play five shows across the UK, with the lucky cities being Birmingham, Manchester, Glasgow, Bristol and London, where the tour will conclude at The Kentish Town Forum. Full details of the tour can be found below:

Tickets go on sale this coming Friday (28th June 2013). If you’re on O2 or a member of Live Nation’s website, keep your eyes peeled for pre-sale tickets. Our pals over at Metal Hammer will have further details about ticket prices on their site on Friday morning (and Rocksins will update this post when we get the information as well). Further updates about Defenders Of The Faith IV can be found here as and when any extra announcements are made. 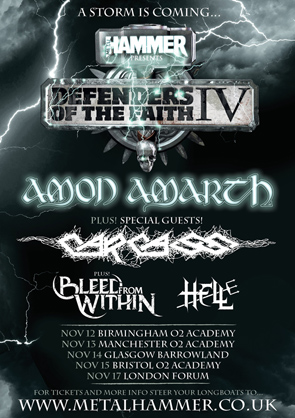