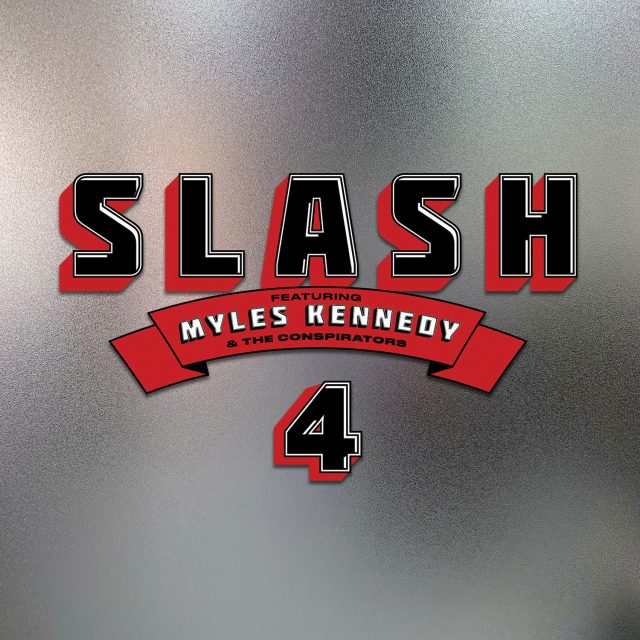 Overall Score: 8/10 Songwriting: 9/10 Vocals: 8/10 Originality: 8/10 Pros: Each band member is firing on all cylinders, it feels like a band not just a collection of people who do this on the side Cons: It's only 10 tracks and Myles Kennedy's voice may not be for everyone

Everyone’s favourite top hat wearer has come back from his stint feeding someone else’s ego and lining his own pocket to ensure he can keep doing projects like this – the unnecessarily long Slash Featuring Myles Kennedy & The Consipirators. Why they can’t be called The Conspirators is unknown, but who cares about the name when the product is so consistently good?

Eagle eyed music lovers may have noticed three tracks from this new album – cunningly entitled 4 – dropped in January and two of them are still sitting pretty in his Top 5 on Spotify. This may be due to the previously mentioned high quality of song writing.

Opening The River Is Rising romps along at the sort of pace you’d expect from the guitarist of one the most dangerous rock ‘n’ roll bands on the planet. Whatever Gets You By sees vocalist Myles Kennedy, sounding more like Axl Rose as he lays down a vocal reminiscent of the Use Your Illusion era, while the band lay down a mid-tempo groove much heavier than anything they’ve done in previous releases under this banner.

As Kennedy shows all that time spent touring Europe wasn’t for nothing with a song titled C’est La Vie, it’s difficult to not stop and think where Slash gets all his riffs from. The man has been playing at a professional level for over 30 years and somehow no song ever sounds the same. That’s not to say he’s the only one but the blues-rock wheelhouse is fairly formulaic unlike your heavy metal, with riffs stretching your fingers all over the fretboard or any other genre that might feature an occasional song not in standard tuning. It’s a constant joy to listen to the man play.

Spirit Love opens with a sitar intro to build into the song, something that hasn’t happened in hard rock since Metallica‘s Wherever I May Roam. This is another tune that’s more of a groove than an all-out rocker and is a definite highlight of the ten tracks on offer here.

Myles Kennedy has always had a great voice, that’s never been in doubt and it’s always lent itself better to slower melodic tunes. Fill My World is no different. Yet it’s album closing six-and-a-half-minute ballad Fall Back To Earth where everyone shines like a beacon. The dramatic song has the feel of a real journey from start to finish. Despite being formed of a quiet verse-loud chorus trope, the hook is so big and powerful it carries the weight of the song through the run time, having felt like a song half it’s length.

An excellent album from start to finish that will have the masses begging Slash not to hang up his hat just yet.

4 is released February 11 via Gibson Records.