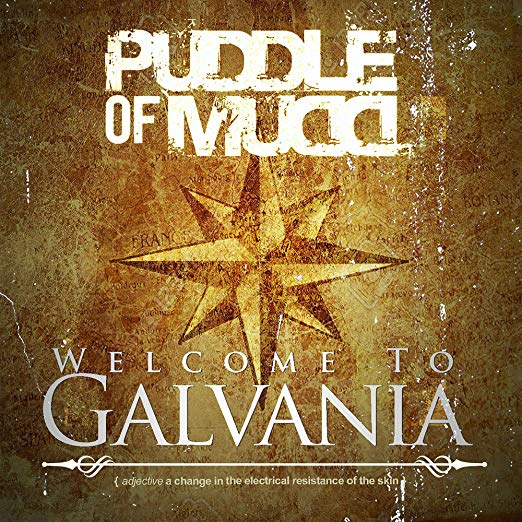 So let me get this straight – this month has seen a tour with Static-X & Soil, Logan Mader in Machine (fucking) Head, new albums from Cold, Korn and now Puddle of Mudd have released Welcome to Galvania and it’s 2019??? Are  you sure??

Whatever the year it’s an exciting time to be fan of the heavier end of the spectrum, however, those hoping for Come Clean Pt.II should probably stay away from Wes Scantlin’s latest effort (if he actually put any in).

Opener You Don’t Know is a fairly average plod along, before lead single Uh Oh, forces its way into your ears. Sounding like a b-side from their first album, it’s a song so bad I sort of love it, with a sweary chorus about a failing relationship for everyone to laugh at and singalong to (because that will definitely sell), but unfortunately the track just comes off as She Hates Me 2: Fuck It, That’ll Do, especially the bizarre middle 8 that just seems to be a complete contradiction to the rest of the song.

Go to Hell is frankly worse, but then things take a turn for the better when Blurry 2: Beware The Fourth Chord, which here is actually titled My Kind of Crazy, eases through the speakers. This feels like the next logical step in the band’s career, following the first 2 albums. It’s catchy, it’s mature and it’s also still relatable and definitely should have been the first single from the album.

After that the songwriting remains at that higher standard, almost as if the tracks are a reward for making it that far into the album, the album closers Kiss it All Away and Slide Away are vintage Puddle of Mudd though and if you like that sort of post-grunge sound the band adopted there should be something here for you to enjoy somewhere, but I’d recommend a Spotify stream before committing to purchasing an actual CD.

Assuming people still do that.