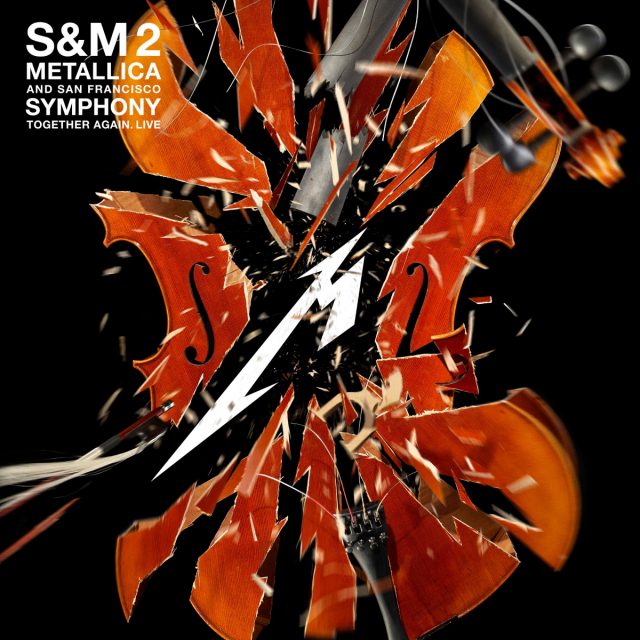 Overall Score: 9/10 Performance: 10/10 Creativity: 9/10 Setlist: 8/10 Pros: A phenomenal performance that enhances the legacy of the original Cons: The orchestral elements at the start of part two will not be to everyone's taste

For the legions of Metallica fans across the world, S&M(1) in 1999 was a seminal moment. Die hards and new fans alike marveled at the power of the marriage of the power of Metallica’s brand of thrash metal married to the skill of the San Francisco Symphony Orchestra. Live albums and concert DVDs would literally never be the same again. Thousands of us, including this reviewer, took vows that if they ever did anything like S&M again, we would step over relatives, student debts and any manner of other obstacles to be there. Those (again, like this reviewer) who weren’t able to be at the Chase Center arena in September 2019 for those two magical nights of S&M2 took solace in being able to enjoy the experience in the cinema a few weeks later.

Having already been through one edit for the movie version, S&M2 has been re-engineering once again by Metallica and renown engineer / producer Greg Fidelman for the CD / streaming and live DVD release. As one might expect, it sounds utterly immaculate. Band, orchestra and audience all perfectly in sync to create an incredible, encompassing audio experience. This review covers the audio version of S&M2 – another of the DVD will follow soon.

Beginning as all Metallica concerts do with The Ecstasy Of Gold, it is even more potent being performed by the San Francisco Symphony, led on this occasion by Edwin Outwater and Michael Tilson Thomas in place of S&M1 maestro Michael Kamen (RIP). The following two hours plus are a wonderful mixture of rewinds and nods to the first S&M concerts twenty years previous, some new favourites and some experiments (more on those shortly). Any Metallica show that began in proper with The Call Of Ktulu into For Whom The Bell Tolls would be great. With The San Francisco Symphony powering alongside them, it was truly stunning. The joy in the audience is tangible and palpable.

A hugely enjoyable selection of tracks new to the Symphony and Metallica experience light up the first half. The Day That Never Comes is brought to life by the Orchestra’s string section, while Moth Into Flame, already the strongest track from Hardwired…To Self-Destruct, soars in new ways. In the Metallica back catalogue, S&M transformed The Outlaw Torn from an underrated album closer to ten minute epic. S&M2 repeats this process, and James Hetfield manages to outdo his vocal performance of twenty years ago, making this the stand out track in a first half where everyone is likely to have their own favourites. The first half is brought to conclusion with a searing Halo On Fire, James standing out as the highlight once again.

Where S&M2 deviates wildly from the first installment was the start of the second half. The orchestra performed a piece on their own (“The Scythian Suite”), before being joined by Metallica to perform “The Iron Foundry” – a piece by Russian composer Alexander Mosolov. Certainly “heavy metal music” – but not as Metallica fans are used to it. The view as to whether these experiments worked differs wildly from person to person, but as part of a spectacle it was fascinating to see Metallica take themselves even further out of their comfort zone once again.

One experiment that certainly did work was James Hetfield returning, sans the other three members, to take on The Unforgiven III alongside the Orchestra. Possibly the most exposed James has ever been on a recording, performing vocals only, there’s a haunted quality to his voice on this song that is both stunning and bordering on unsettling. Hearing and seeing this, in hindsight, the fact James re-entered rehab not long after this is perhaps foreshadowed here – thankfully Papa Het is doing much better as we approach the release of S&M2. Equally, the re-imagining of St Anger track All Within My Hands into an acoustic country tinged number is something that shouldn’t have worked in a million years – but it did.

It was Lars turn to take stage next, providing support to orchestra bassist Scott Pingel, who performed Cliff Burton’s iconic Anaesthesia (Pulling Teeth) on a stand up electric bass. It is very safe to say, Scott did Cliff’s memory very proud indeed. From this point forward, it was greatest hits all the way. Wherever I May Roam, One (which sounded as thunderous as it ever had), Master Of Puppets, Nothing Else Matters and Enter Sandman to bring it to the traditional close.

For Metallica fans, S&M2 has everything. A section of fans may complain they would have preferred another couple of actual tracks instead of the orchestral part at the start of the second half, but Metallica have always done things their own way. Their determination to make S&M2 different from the first S&M was admirable, and they brought S&M into the 21st century while turning in one of the best performances of their career and staying true to the origins of the first album. As an introductory point to new fans, this could serve as a wonderful jump point much in the same way the first S&M did twenty years ago, pulling in yet another generation of fans to the Metallica family. For those who discover Metallica for the first time as a result of this new album, welcome aboard!

S&M2 is released through Blackened Recordings on the 28th of August 2020.